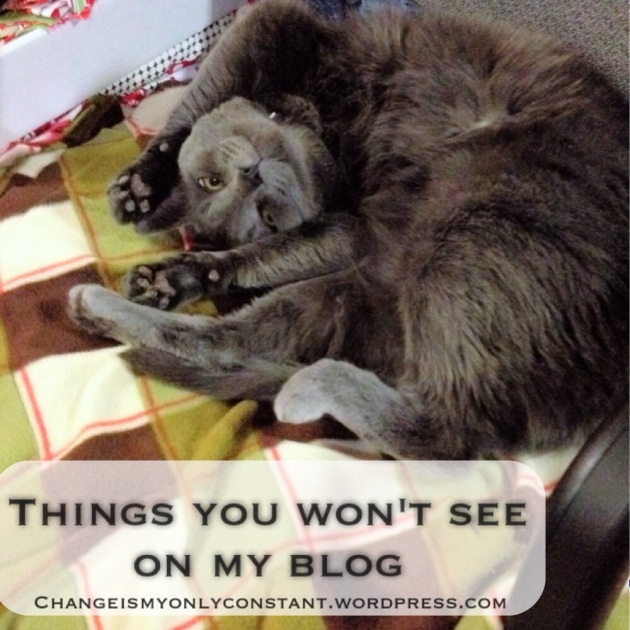 a)  GIFs.
I think I may be the only person in the world who doesn’t really like them, so you probably won’t ever see one on this lil’ ‘ol blog of mine.

b)  Nail polish.
I think the last bottle of nail polish I actually bought was a couple years ago.  And it wasn’t even colored polish.  It was that clear nail polish that helps strengthen you nails.

c)  Fancy schmance hair do’s.
I have never been able to do fancy schmance fun stuff with my hair.  I can curl it, put it in a ponytail or pin it half up.  Waterfall braids, teasing, or other styles I don’t even know the name of?  You won’t see that here.

d)  Salads.
I don’t eat lettuce.  I’ll eat some of the salad toppings, but that’s about it.  I have tried lettuce, but just can’t do it.  Ick.  If a salad comes with my meal, it is usually passed to J or another family member.

e)  Politics.
Again, I may be the only one in the world, but I don’t see a need to discuss my political beliefs in an open forum such as my blog.

If you have a blog, what are some things that won’t show up in your posts? 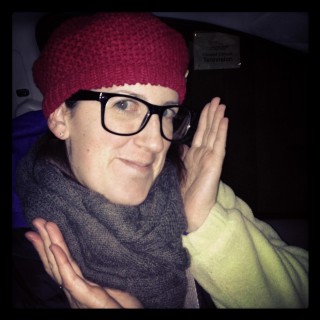